After a 2 year hiatus, Project Respect’s Youth Social Action Camp made its return in May! After two years of a global pandemic, the emphasis was community and resilience – and the connections formed this weekend were more important than ever. Camp Pringle hosted us this year in Showe’luqun, known colonially as Shawnigan Lake.

The first day was full of nerves and excitement, as we all arrived at the bus full of hope and large garbage bags full of sleeping bags. As soon as we got onto the bus, the driver told us some (I won’t say bad but I also won’t say good) dad jokes at the beginning of our ride, so we knew we were in for a good time. After some bus music bingo, we arrived at Camp Pringle and were greeted by the rest of the Project Respect staff who were very eager to meet everyone.

Up to this point, I was personally very nervous, partly because it was my first time being a camp leader, but also because I just wanted everyone to have a good time. I remember being a kid at camp, terrified because I didn’t know anyone and I wasn’t sure I wanted to participate in all the activities. Once we started things up and did our introduction circle, I started to feel more comfortable as I could tell that this camp was full of wonderful people, adults who wanted the best for the youth, and campers who were there because they care about making a difference. We began building a community of trust, and there was comfort in knowing that there was no pressure or judgment, and this was a place where it was okay to say “Hey, maybe I’ll back out of this activity for now” and the response would be “No problem! Do you want any snacks?”

On the second day of camp, after a land based walk led by Lisa Schnitzler, a previous staff member of Project Respect, we gathered for a workshop on consent and boundaries, in which many of the campers were already pros and had more than enough thoughts to share. This was very encouraging for me to see because I could tell how passionate today’s youth are about social justice and making change, and have put in time to educate themselves on topics that I never would’ve even thought of when I was their age.

The youth council this year worked extra hard knowing how important this camp would be for campers. Our seven youth leaders put in hours upon hours over the past six months to plan activities for camp, and did an excellent job of leading games, small group discussions and presentations. There were drama games, junk journaling, poetry, and tie-dye. The only thing that could’ve made it better was MORE SHIRTS TO TIE DYE!

As a camp leader, I can only speak from my perspective. I have never been a camp leader before, I barely attended camps as a kid, but I understand why people say that the deepest friendships come out of summer camp. Seeing most of the campers showing up not knowing a single person, then 3 days later seeing how these people who were total strangers at the beginning, now have their own inside jokes and memories, was so deeply enriching and warmed my heart to the utmost extent. Camp is a place where youth can take a break from their daily lives and be their most authentic selves, a place to see others and to be seen, a place where regardless of differences in identities, we all come together with one goal of building community and creating social action.

Enough about me! I’m sure you’re all curious to know what the actual campers have to say…here are some quotes from the youth from our camp feedback surveys:

“It was a near-perfect experience”…“I liked the late nights with my new friends”…“It was really really fun, I like meeting new people”…“[I’m] Interested in joining youth council!”

One recurring piece of feedback that we got from many campers was one thing: MAKE CAMP LONGER!

Ultimately, summer camps aren’t best described or read about, they are something to be experienced! While this year’s camp is done, next year will come soon enough! From our staff at VSAC to our wonderful campers this year – you folks were all incredible and we are so excited to see what wild times next year’s camp will hold!

Black Youth Empowerment presents a Pro D-Day Workshop made by Black youth for school staff and service providers: Listening to Black Students & Creating Safer-Braver Spaces in Schools.  Join us on Zoom to learn about the impact of race-based issues on Black Students and ways staff can intervene and create safer and braver spaces in…

Join Us for Consent ABCs, A National Consent Awareness Week Webinar As part of the Consent Awareness National Week, Project Respect, Victoria Sexual Assault Centre’s prevention education program, is excited to be hosting an online event for parents and caregivers of young children on how consent can be taught and modeled in an age appropriate… 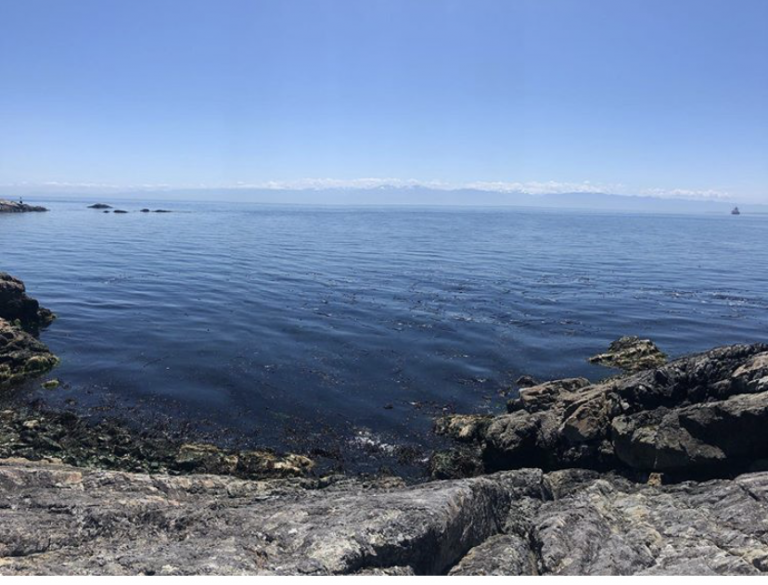 What does it mean to be a guest? If we went to someone’s house, how would we behave?  Last month, our colleagues and friends Chaw-win-is and Lacey Jones offered a workshop to the VSAC team about Coast Salish laws and settler relationships to local Indigenous nations. The majority of Project Respect’s work takes place on…

This painting was created by members of the Respect Revolution Campaign at Mt. Doug Secondary in 2006!

So our three-day “Rooted In Respect” summer camp has came and went! It felt surreal when the first day begun because we’ve all dedicated our time planning this event that when the day arrived it felt a bit weird seeing it sprout from ideas that were our own, a good weird though. Before I…